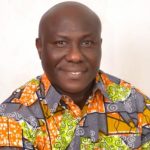 Rev Tayo Arikawe was a missionary  pastor for about 20 years in Nigeria, The Gambia and the UK, before he became the European Director for a US based missionary organisation.  Currently, he is the lead Director of Ministries in London City Mission.  He is  also one of the directors at the Center for Missionaries from the Majority World, London (CMMW).

He is researching at  PhD level  in Biblical studies with a focus on how ethnicity plays a major role in the epistle of Paul to the Romans.  He is married with one wife, Calista  and they have a 12 year old son, Mekus. They live in  South West London. 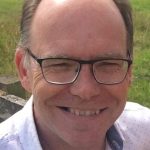 Jim Memory is a member of the International Leadership Team of the European Christian Mission (ECM).  He and his wife Christine were church planters in Spain from 1994-2008 before moving into mission leadership.  Within ECM he is part of the executive that supervises ECM’s fieldwork around Europe, and he leads the ECM Vision and Strategy Group.

Alongside his ECM responsibilities, Jim teaches the European modules on the MA in Contemporary Missiology at Redcliffe College (UK) and is one of the founding editors of Vista, Redcliffe’s research-based journal on crucial issues for mission in Europe.  He is a regular speaker at conferences on mission in Europe and is currently leading a research project on measuring the missionality of the churches in Spain.  He contributed chapters to van de Poll and Appleton (Eds.) Church Planting in Europe (2015) and Ekstrom (Ed.) The Church in Mission (WEA 2016).  Jim and Christine have three adult children, Grace, Alex and Rosie, and they live in Cordoba, Spain. 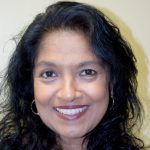 Usha Reifsnider is a British Gujarati Christ follower from a Hindu background.  She and her husband Matt have served in mission with Go To Nations since 1988.  They spent many years ministering to migrants in the Middle East.  More recently they have served as mission strategists with an ESL church-planting ministry in N. America.

Usha is currently a PhD student at Oxford Centre for Mission Studies researching the British church engagement with Hindu migrants. She is also a member of Centre for Missionaries from the Majority World, and serves as a consultant on outreach, evangelism and discipleship amongst migrant communities. 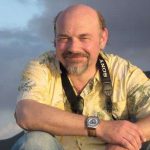 Dr John Baxter-Brown has worked throughout the world, both engaged in and researching mission in different contexts. He has written numerous articles and books, as well as helping draft some recent significant missiological documents. His research includes Evangelism through the eyes of Jesus, a study of Jesus‘ method of evangelism in the gospels and what makes for effective evangelism. He is committed to the central idea that the church must be at the heart of mission – and mission at the heart of the church.  He  lives in Salisbury, where he is a member of St Paul’s Church and lives with his wife, Pippa, two dogs and numerous bonsai trees. They have two daughters who are at university. 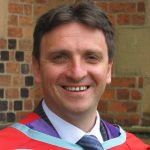 In addition to this, Alex has taken numerous short-term trips to over 40 countries. On these trips, he provided training and member care to Romanians and international missionaries.

Dr. Vlasin is the father of two children and has a Ph.D. in missionary training from Queens University in Belfast and a Ph.D. in social work from the University of Bucharest.

Dr Samuel Cueva is a Peruvian missiologist whose PhD explored partnership in mission between Western Churches and Latin American Churches. He is a mission consultant, an expert in reciprocal collaboration mission theology, and founder and president of Mission for Third Millennium which organises conferences on Global Mission. He is also a member of the Evangelical Alliance One People Commission and Latin American Core Group. He speaks at various national and international conferences and publish article in different journals, and is the author of Mission Partnership in Creative Tension (2015).

This website uses cookies to improve your experience while you navigate through the website. Out of these, the cookies that are categorized as necessary are stored on your browser as they are essential for the working of basic functionalities of the website. We also use third-party cookies that help us analyze and understand how you use this website. These cookies will be stored in your browser only with your consent. You also have the option to opt-out of these cookies. But opting out of some of these cookies may affect your browsing experience.
Necessary immer aktiv
Necessary cookies are absolutely essential for the website to function properly. These cookies ensure basic functionalities and security features of the website, anonymously.
Functional
Functional cookies help to perform certain functionalities like sharing the content of the website on social media platforms, collect feedbacks, and other third-party features.
Performance
Performance cookies are used to understand and analyze the key performance indexes of the website which helps in delivering a better user experience for the visitors.
Analytics
Analytical cookies are used to understand how visitors interact with the website. These cookies help provide information on metrics the number of visitors, bounce rate, traffic source, etc.
Advertisement
Advertisement cookies are used to provide visitors with relevant ads and marketing campaigns. These cookies track visitors across websites and collect information to provide customized ads.
Others
Other uncategorized cookies are those that are being analyzed and have not been classified into a category as yet.
SPEICHERN & AKZEPTIEREN